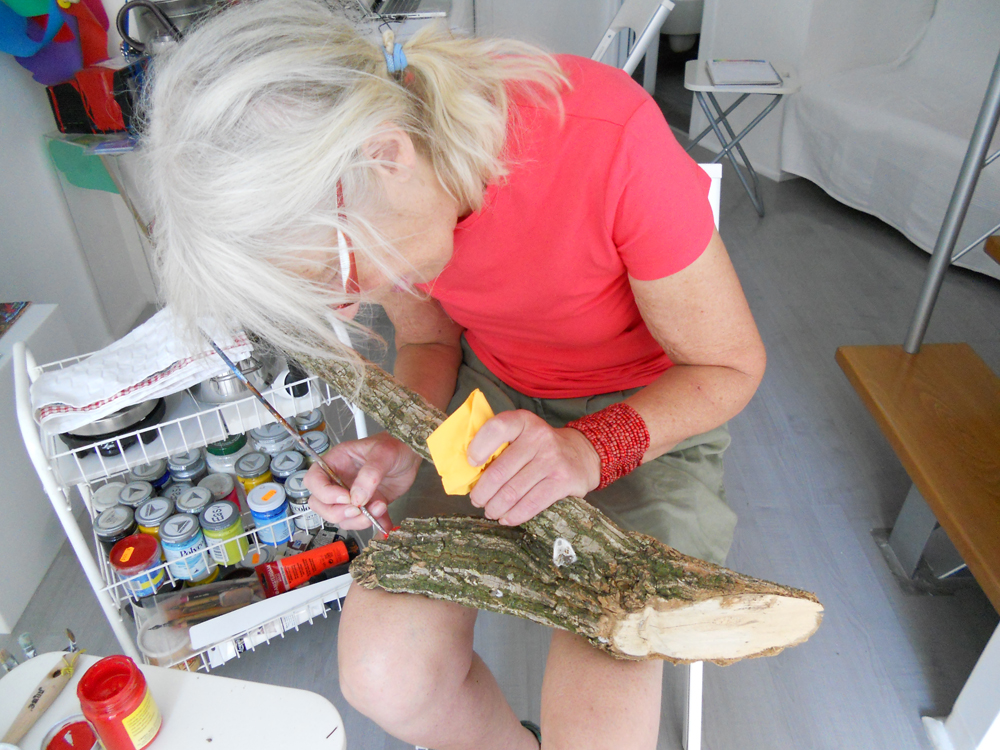 London-based sculptress Jill Rock will be working with studio.ra from 7th May until 2nd June 2013. Her project, under the title: The Psychogeography of the Caffarella, will take as its starting point The Caffarella Valley and will head towards a show to be held at studio.ra of works that have emerged during the month of May from wanderings in the heart of the Regional Park of Appia Antica.

Jill’s sensitivity to and respect for our ecological habitat results in works of organic art that use unrefined materials and techniques, incorporating found objects that have been discarded in a natural cycle of the local flora – works that will express this ancient volcanic landscape, smoothed over centuries by the Almone river, once sacred to the Romans.

In Jill’s words: “As yet it is not known what will transpire, but I was inspired by the Caffarella last year when I joined Reynolds for her PUKI exhibition at studio.ra and am now in a state of high excitement mixed with some trepidation at the prospect of working there. Background readings have led me into the wonderful world of the pre-Socratic philosophies, the ancient myths surrounding Lake Nemo and the Nyphaeum in the Caffarella mixed with my fascination for modern city park lands.
Very many thanks to Raffaella Losapio for offering me this wonderful opportunity to work at studio.ra in the way that I like best: in the place and in an improvisational way.
I would like to extend an invitation to artists to join me in the gallery for music, performance, dialogue and enjoyment during the month of May.”

Art historian Vittoria Biasi writes: “Locations border on the invisible: the sonority of a place speaks to our souls, opening up opportunities for encounters between our sense of time and our awareness of space. Successive intimations amplify that which went before; get translated into the languages of poetry or of physical form. Literature, visual art and music have long celebrated the power of spaces in which human labour has challenged the hand of nature in an aesthetic duel. Our relationship with the landscape dictates the siting and the styles of our architectures; when landscape and nature enter pictorial representation, they create a philosophy. Land Art has accompanied revolutionary movements that sought a space for art outside our sedimented systems, outside our museums. Let the poetry of waste places activate the emotional dimension of our art! Parks, woodlands, historical locations are innervated by atmospheres that await translation.
This is the kind of awareness Jill Rock will bring to her time in the Caffarella Valley: a place she has already begun to know, which she will analyse through its emotional imprint and the symbols it offers. Part of the finished project will be a relationship achieved with a natural, historical location.
Having refined the methodology of the daily ‘promenade’, there remains the ideological problem of rediscovering and interpreting the value of the place using a poetics the artist has established through her experience of encounters with place in many parts of the world.
Studio.ra will provide a port of reference and the venue where works born of these specific encounters will go on show.

Listening to the space and discerning a language that will translate both what the space denotes historically and what it connotes emotionally to our affective intelligence: this is the core principle for creating a work that takes hold in the memory”.

Open to all comers, Jill Rock will meet and dialogue about these artistic experiences with any artists wishing to make their own contribution. The project will be followed by a round-table conference on this evolving format for creative stimulus, with its capability to integrate art, ecology, history, science, poetry and mystery in original and innovative ways, and to catalyse an emotion of place.

Studio.ra is located in via Bartolomeo Platina 1F – 00179 Rome – Italy
adjoining the Regional Park of Appia Antica. The studio is midway between the Via Macedonia and the Via della Caffarelletta (Via Carlo de Bildt) entrances to the Park. It is a suburban area, not far from the historic centre, in Rome’s Municipal District IX, also known as the Appio Latino/San Giovanni area.
How to get there: www.studiora.eu/info/
Gallery opening times: 3:30 – 7.30pm – Saturday, open throughout the day

Any artists who have an interest in participating:
Facebook events: https://www.facebook.com/events/626735544006559/?context=create

Rounding off the Project

Saturday 25 May and Sunday 26 May
Saturday 1 June and Sunday 2 June 2013
from 10 am to 6 pm
at site of the Casale dell’Ex Mulino (Old Mill Barn) in the Sepolcro Annia Regilla (Annia Regilla Cenotaph), (also called the Temple of the Dio Redicolo or god of returning Romans), in the Caffarella Park, which is part of the Appia Antica Regional Park

• Jill Rock presents a work especially created for the Casale Ex Mulino with fallen branches from the tree which formed the centre-piece of the ‘Puki Performance’ by Reynolds in July 2012
• three videos will be screened: Arco nel sole (2010) by Raffaella Losapio and two of performances in the Caffarella Valley (Rainbow in July 2012), and at the Nympheum of Egeria (Puki in August 2008) by US performance artist Reynolds
• an exhibition of photographs: ‘Boughs, Trunks and Trees in the Roman Countryside‘ (photographs from the 196os and 1970s) by photographer Giuseppe Ottai (born Vienna 1911 – died Rome, December 1995)
• on Thurday and Friday 30th and 31st May, Jo Roberts, artist, painter and lead singer-songwriter with the Rude Mechanicals, will be performing at studio.ra
• on Saturday and Sunday 1st and 2nd June, Nicky Heinen, flautist and animation film-maker, will be playing the Pipes of Pan at the Casale dell’Ex Mulino.
• http://www.urbanexperience.it/eventi/walk-show-di-psicogeografia-urbana-dal-cinema-airone-di-libera-al-tempio-di-dio-rediculo-ascoltando-la-danza-delle-api/

.
Profile
Jill Rock studied Art and Education, gaining BA Hons in London.
Jill’s raw materials are objects found and reflections manifested as she works in a place. She has worked and shown her work in many places: in her home town of London, currently at Kurt Schwitter’s Merzbarn in the Lake District in north-west England, in Turin, Milan, Perugia, Naples and Sardinia (Italy), in Sao Paolo, Florianapolis (Brazil), Santiago, Chile in South America, Berlin (Germany), Texas, New York (U.S.A.), Spain and Ghana (West Africa).
She has taken part in performances in London, Beirut, Valparaiso, Easter Island, Sydney and Paris.
She has curated exhibitions and this year co-organised with Graham Mackeaghan the DRonUlTiMaRaTiO Festival of Improvised Sound works at The Hundred Years Gallery in London.
Jill Rock met Raffaella Losapio through the London Biennale (Director: David Medalla).

A Valley into Antiquity
The Caffarella Valley is located near the Aurelian Walls and between two ancient Roman roads: Via Appia and Via Latina, both leading to southern Italy. The valley features significantly both in the history and in the myths and legends of ancient Rome: along the river Almone, an affluent of the Tiber, rites connected with the mysteries of the Mother Goddess Cybeles were held at the Ides of March: a sacred wood, whose traces can still be seen, has been preserved here since the city’s founding period. Legend has it that in a secluded nymphaeum on this site, Numa Pompilio, successor to Romulus and reputed founder of the institutions of the Roman Republic, held trysts with his lover and wise counsellor, the water nymph Egeria. 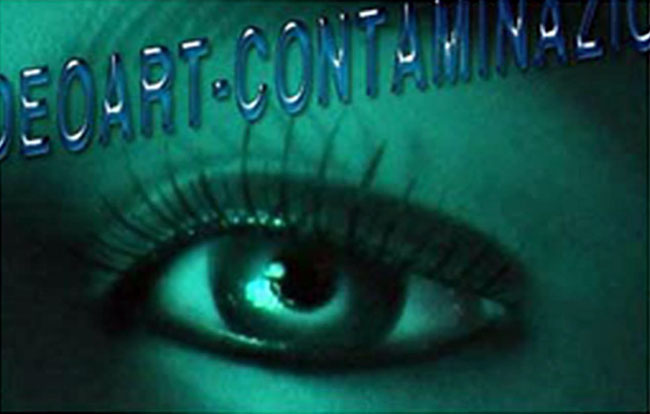 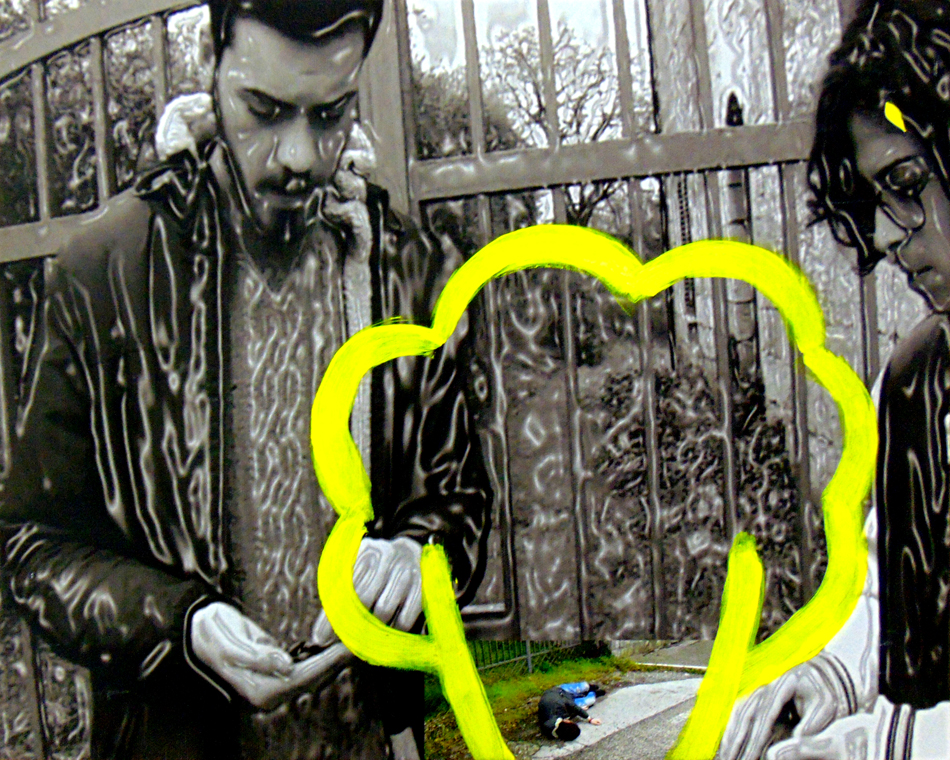 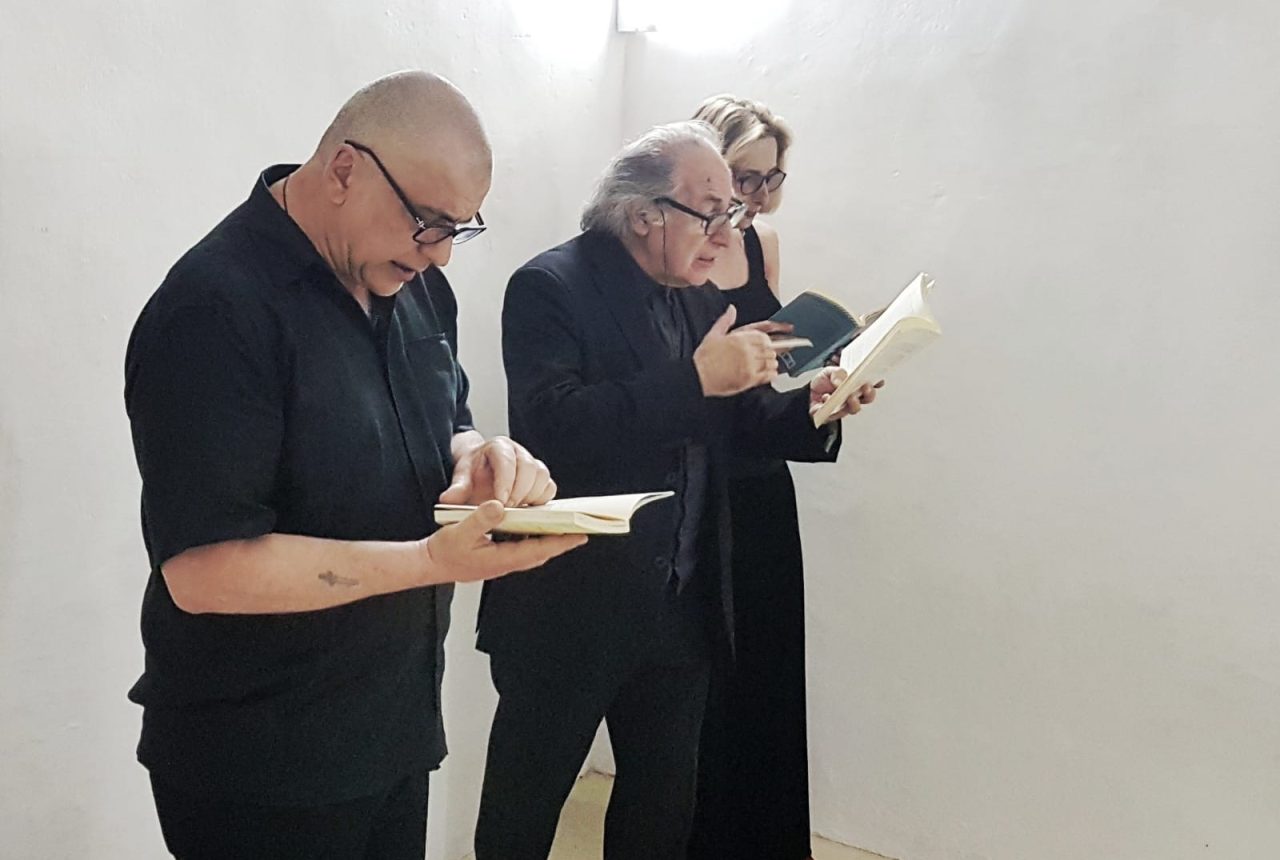 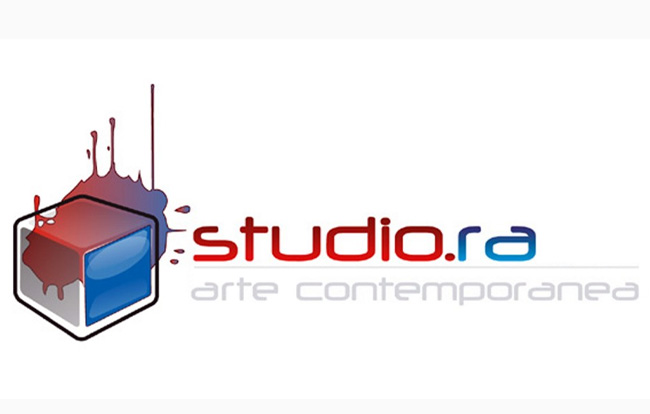 Building and The Out There, Herve Constant